Police track down £100k of stolen WINE within 15 minutes

You are here:
Saturday July 30th, 2016Leave a commentNewsBy Rivers of Wine 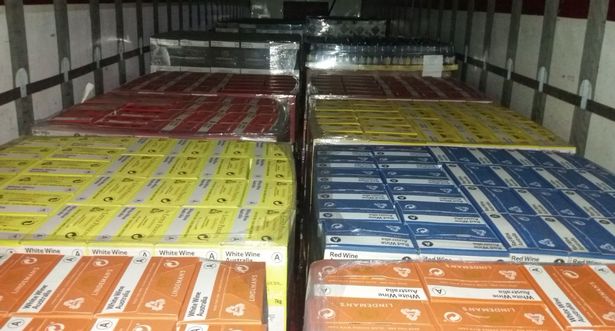 Police track down £100k of stolen WINE within 15 minutes

A trucker was dragged from his cab and battered by thugs who stole his lorry and cargo of £100,000-worth of wine .

Three raiders made off with the HGV and trailer from Kenrick Way, just off Union Street, West Bromwich , at 4.25am on Friday.

The driver was resting when a man approached the window to say someone had been messing with the trailer.

As the driver got out to take a look, three men pounced on him.

The thieves kicked and punched him to the ground before they jumped into the truck and drove off with the cargo of 27 large pallets of wine.

The driver suffered minor injuries but managed to raise the alarm.